Well, we have the official word from Dr. Albrecht – Jade is considered somewhat of a medical marvel among his peers.

We learned two things today that we didn’t previously know for sure:

1. Dr. Albrecht did, in fact, consider her in heart failure back when he referred her for surgery. I had suspected as much, but he had never actually come out and said it, so I wasn’t sure.

2. Apparently her VSD was HUGE. What Dr. Albrecht had seen during his visits with her was actually the result of some closing. When they did the cath, and did the contrast dye, they were able to see the outline of the original defect, before the tissue began to grow over it, and it was originally the size of her aorta.

Apparently they’ve had a few meetings about her, with Dr. Albrecht as well as several of the cardiologists and cardio-thoracic surgeons at UVA about her remarkable closure.

He said the VSD is there, and probably won’t ever close all the way, but at this point, it’s small enough that it shouldn’t affect her much at all, so they’re just going to treat her as any other child with a very small VSD.

He said the only things they’re going to keep an eye on is her pulmonary valve (to make sure the stenosis doesn’t get any worse), and then her aortic valve. The VSD is right there near the aortic valve, and there is some *small* chance that the turbulence could begin to cause it to become leaky, but barring that, she’s relatively home free.

He said we don’t really need to worry or look for anything, if there’s any change, he’ll see it in her visits, and she doesn’t need to see him for another 6 months.

I hadn’t gotten a chance to talk to Alvin about what we were told, since he had to leave quickly for a meeting, but I just did, and we’re both just so amazed and thankful – to the point of happy, grateful tears. We’re actually glad in a way that we didn’t know, till now, how serious it could have been. This is exactly what we needed to hear to finally realize just how incredibly blessed we have been.

Hallelujah! God has been so merciful.

Ps. Jade is doing MUCH better with both nursing and weight. She’s still a tiny peanut of a thing, but her pediatrician is no longer concerned, as she’s staying on the 5th percentile curve now. She’s just a small girl. Her energy levels are very high, and she’s even crawling now, so she’s ahead of the game on her development. 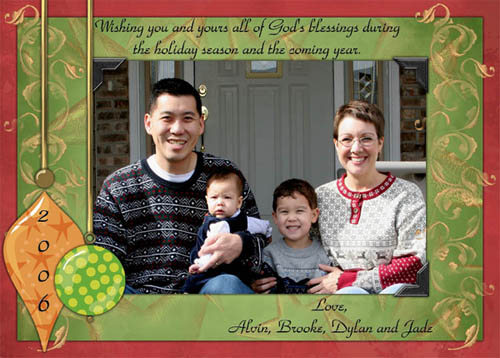