Just got back from the cardiologist check up.

EKG looked great, even though she was screaming the whole time. By the way, can someone tell me, what is so scary about STICKERS? I mean that’s really all it is is stickers with little clips attached to them. She was excited about them until they were on her. And her Echo cardiogram (ultrasound of the heart) looked pretty good, too. Again, she was screaming and fighting, but the gradient/pressure values looked decent for her being stressed out. I think it was about 40, for anyone who is interested in that sort of thing, or knows what those values mean. In fact, he joked that it was like seeing her heart during her own little self-imposed stress test.

Then, as she got used to the wand and calmed down, he looked at her heart from below, where the anomalous muscle bundles are. From that vantage point, which is apparently a little more accurate for measuring the affect of the bundles on the chamber, even with her calmed down and just watching the screen, the numbers were higher – around 50 or so – meaning higher pressure in that right ventricle. Nothing alarming, but definitely higher, and we want those numbers to stay low.

The reason this could be of concern is that she has what’s called a “double right chambered ventricle”, meaning that those extra muscle bundles in the bottom part of her right ventricle, essentially divide her right ventricle into almost two chambers. As long as they sort of stay sort of separate and not all clustered together, she’s fine, but if they begin to grow together and cluster, it will create a more solid barrier and will increase the pressure in her right ventricle, and that would be bad because the right ventricle does not tolerate increased pressure well, and it lead to thickening and damage to the heart. IF he sees signs that the pressure is continuing to increase, she’d need surgery to remove the muscle bundles, and then continued follow up to insure that the bundles do not regrow.

So, all that to say he said that instead of seeing her in another year, he’d like to see her in 6 months, just to keep a closer eye on this and see if things look the same or any worse. If they look no different in 6 months, she’ll go back to being seen only once a year. If things look even a little worse, she’ll be seen more often, and we’ll assess things from there.

The only other thing he said they will keep a watch for is any leaking around her aortic valve. So far there are no signs of that, so it’s not something he’s really worried about, but because of where her VSD is, and because as tissue grows over the defect as it repairs itself, the blood actually squirts through it harder (again that whole “thumb over the garden hose opening” metaphor), and the the VSD is positioned very close to the aortic valve. IF she were to show any signs of developing a leaky valve, they would need to repair the VSD.

So, a decent report, nothing too alarming, but certainly not the perfect report we were hoping for.

He did say that should she ever require surgery, it’s MUCH less risky for a child of 4 or 5 to have open heart surgery than a small infant. That’s certainly a good thing to remember. Besides, we made peace with the idea of surgery way back when, so should it ever become a necessity in the future, we’re sort of already prepared for it.

So I guess we’ll see what’s what in December. 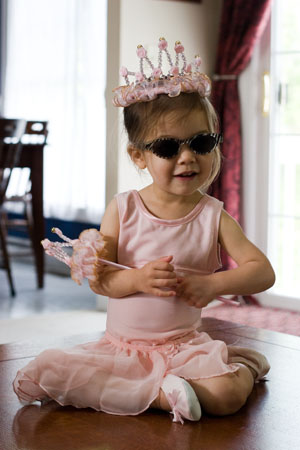 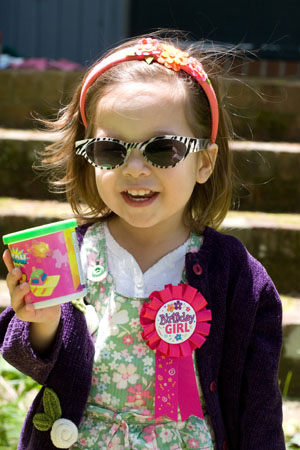