Congenital Heart Disease is considered to be the most common birth defect, and is a leading cause of birth-defect related deaths worldwide. In spite of the fact that CHD affects approximately 1.8 millions families in the U.S.,  still, only a relatively small amount of funding is currently available for parent/patient educational services, research, and support.  Even though we have a long way to go, I have been very encouraged at some of the progress made lately, such as the many states that are now including Pulse Oximetry as part of the routine newborn screening in hospitals.  Many heart defects are caught during ultrasounds, but for those that aren’t, diagnosing them before they leave the hospital can be a matter of life and death.  Pulse Oximetry, which measures the level of oxygen in the blood by shining an infrared light through the finger, is such an inexpensive and non-invasive way to catch signs of heart defects before a child leaves the hospital.

Jade is one of the children that went home undiagnosed.  She wasn’t diagnosed till she was a month old.  Thankfully, in her case, her defects were not as severe as some children’s, but some babies aren’t as fortunate.

This blog is chock full of posts that go through Jade’s story in great detail, as it unfolded, but for those that are short on time, here’s her story in a nutshell:

When Jade was born she seemed fine. Nice and pink and healthy. Her cry was rather quiet, but that only seems odd looking back, knowing what we know. It was at her 2 week checkup that the doctor noticed the murmur and scheduled her to see a cardiologist.  When she was one month old, her cardiologist diagnosed her with a Ventricular Septal Defect, or VSD, which is a hole between the two lower chambers of the heart.  She was also diagnosed with a Pulmonary Stenosis, which is narrowing of the pulmonary artery that goes to the lungs. We were told it was 50/50 whether she’d get sick enough to need surgery.  There was just no way to know until she either developed issues, or didn’t. We saw the cardiologist fairly frequently, and when she was just under 4 months old, her doctor decided it was time to go ahead and schedule surgery.  She wasn’t gaining weight, could only eat for a few minutes at a time without crying and giving up (meaning she needed to be nursed every hour, around the clock, to get enough to eat), and she’d have periods of intense activity, and then suddenly fall asleep. So he referred her to the surgeons at UVA.

Right before her scheduled surgery she caught a cold, which delayed her surgery another month. Then, right before that surgery was to happen, UVA called and requested to do a diagnostic catheterization instead, because they hadn’t seen her yet.  They performed the cath, and very much to our surprise, they came back and told us that she didn’t need surgery. They also told us she had another defect that they’d need to watch – some extra bands of muscles in her right ventricle, which, if they grew together, could divide her ventricle in half (Double Chambered Right Ventricle). Needless to say we were VERY confused. We’d just been scheduled for surgery, and now we were being told “maybe never.” After talking with her cardiologist, we got a better picture, and realized just how miraculous this was. Jade was indeed in early heart failure at the time she was referred, but during the weeks between being referred to UVA, and her cath, her defect closed to the point that it didn’t require surgical repair. In fact, he told us, as the dye stuck to the tissue around the defect, revealing the edges of the original defect, they were surprised to see it had originally been much larger than they knew – the size of her aorta. The doctors were all very amazed.

Jade is in kindergarten now, thriving, and just a bundle of energy. She’ll need to see a cardiologist for the rest of her life, just to keep an eye on things, and with those muscle bundles in her heart, surgery is always a possibility, but we’re optimistic. She’s our little miracle.

To find out more about Congenital Heart Defects, and how you can get involved, please visit: 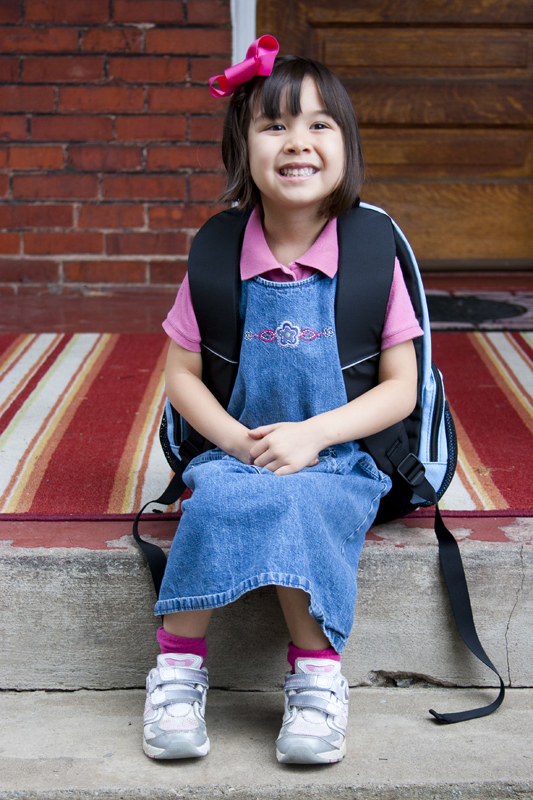